Thailand is known for its tropical beaches and islands in the Southern part of Thailand and the scrumptious and delicious Thai dishes that you can eat by the street or in a restaurant. Their delectable dishes have even left a big mark on the taste buds that we sometimes crave for these dishes in the comforts of our home.

When it comes to Thai food, we know the popular dishes such as Pad Thai, Papaya Salad, Tom Yum, and Mango Sticky Rice. Thai food has so much variety that having this post alone would not be enough.

Let us take this time to focus on three well-known Thai dishes that you either have tasted or are planning to eat and use this opportunity to learn more about them. We have these wonderful soups; Tom Yum, Tom Kha, and Tom Som, and let us tackle what is in them.

One of the most popular Thai soup dishes, Tom Yum, is derived from Thai words, “Tom” means boiling, and “Yum” means mixed. This spicy and sour soup is also a staple dish in Thai households and has also become a favourite in homes outside of Thailand due to the simplicity in preparing this dish. 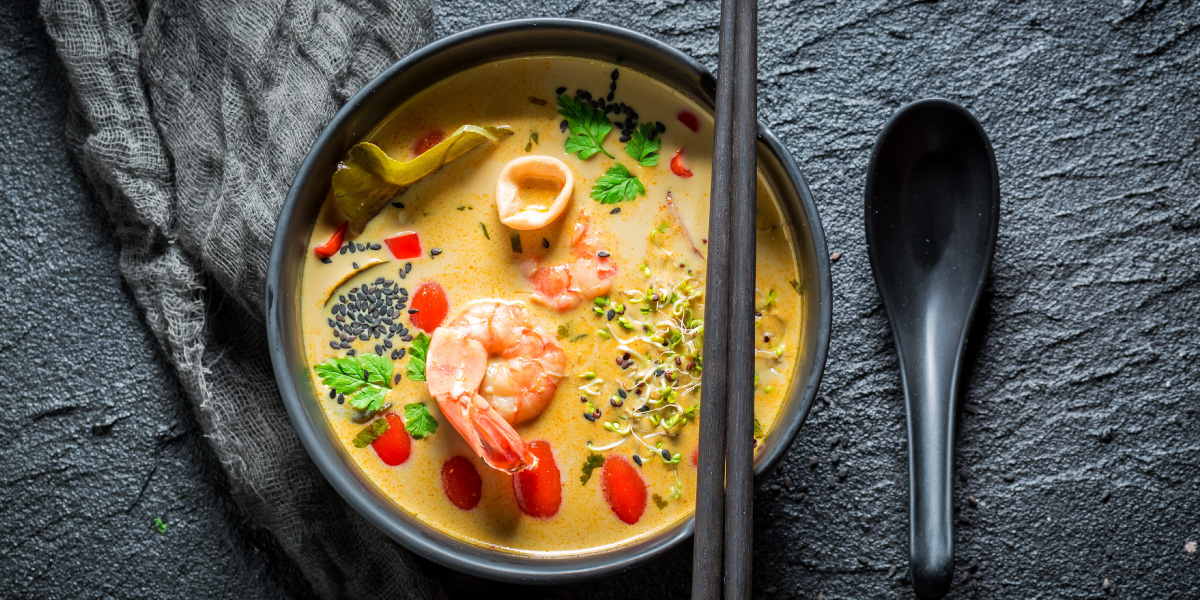 Tom Yum is also believed to have originated from Central Thailand and had its rise and popularity due to the affluent freshwater shrimps in Bangkok and has become a staple in Thai homes.

Shrimp is the choice of meat when making Tom Yum and other variations include thinly sliced chicken or mushroom for the vegetarians. It is an appetizing and aromatic soup that consists of a flavorful stock with ingredients such as lemongrass, galangal, mushrooms, shallots, lime juice, Thai chilli peppers, and Kaffir lime leaves. These ingredients are boiled together to release their distinctive flavours and are also usually garnished with coriander leaves on top.

The dish itself is a perfect combination of spicy and sour. It is best eaten with a plate of warm rice and some cold drink to ease the spice. This popular dish has inspired a lot of people to experiment with it by switching or adding new ingredients and is known all around the world.

Tom Kha is another type of Thai soup that is also widely known and can be found in Laotian cuisine. It is said to have originated from Northern Thailand and got some influence from their neighbouring country, Laos. The dish Tom Kha comes from 2 Thai words which mean “boiling galangal” and galangal as the ingredient that gives the distinct flavour of this dish. 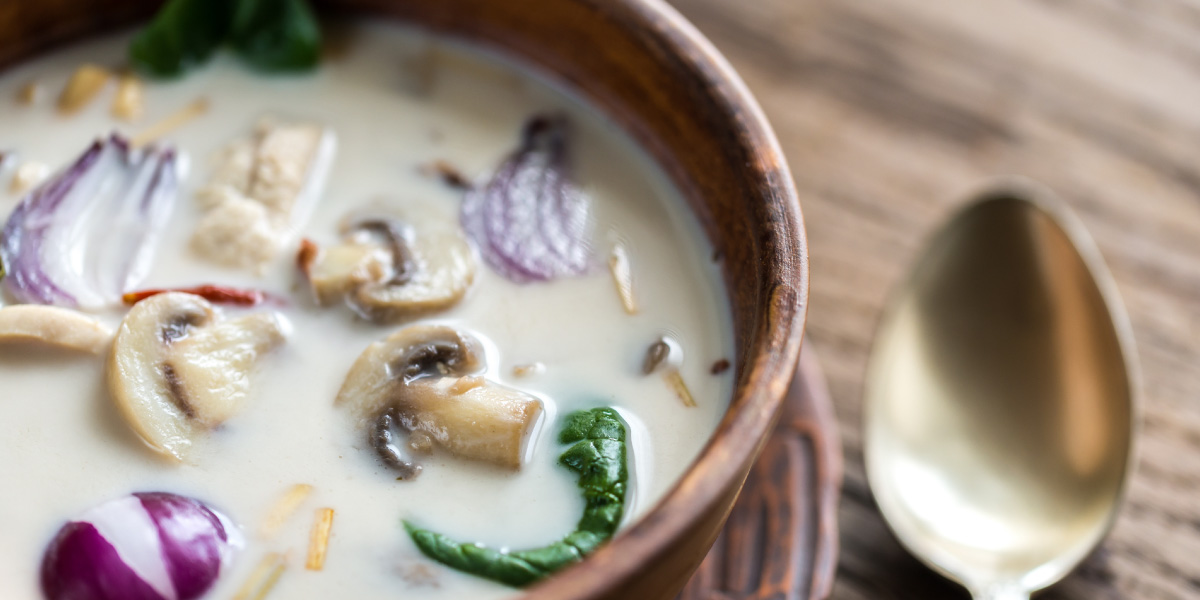 The ingredients used in this soup are very similar to that of Tom Yum; however, what makes this dish different is the addition of coconut milk in the soup. The coconut milk is what gives the soup a fuller flavour, creamy taste, and its distinguishable white soup. It is also not as spicy as Tom Yum as the chilis are usually added at the end of cooking to not overwhelm the strong flavours of the other ingredients. However, if you want a spicier soup, you can add the chilis at an earlier step in your cooking but be careful not to let it boil too long.

It has a peppery, sour, and rich flavour with each bite, and it is also known to have good medicinal properties with the herbs and spices used for the broth. This soup is also best paired with a plate of rice to taste the distinct galangal flavours in each bite.

Unlike Tom Yum, thinly sliced chicken is commonly used when making this dish however, there have been variations of using seafood, pork, and vegetarians, they use mushrooms or tofu. This is also a soup dish that is very easy to make and once you have made it and tried it yourself, I am certain that you will be making more of these for yourself or your friends.

Unlike Tom Yum and Tom Kha that have very similar ingredients, Tom Som is a dish that is special on its own. It is not as popular with non-Thais as compared to the other soup due to its distinct and exotic flavour. The “som” in Tom Som means sour so if you want a sour and seafood soup, then this is the best option amongst the three dishes. This dish is also said to have originated from the Northern part of Thailand and is usually listed in traditional Thai menus.

Traditionally, fish is used as the meat of choice in this dish. Fishes that are typically used are mackerel, sea bass, and tilapia which can be sourced easily in Thailand.

The ingredients used for Tom Som are fish, ginger, tamarind juice, coriander roots, shallots, fish sauce, palm sugar, and shrimp paste. These ingredients combined give a sour, salty, and sweet taste to the soup and might be surprising for first-time eaters but will sit well for those with an acquired taste.

Similar to Tom Yum and Tom Kha soups, this is a dish that is easy to make as long as you have all the ingredients with you. This soup dish is also known to have medicinal benefits and is great for relieving cold, constipation, coughing, and flatulence.

These three soup dishes all have distinct ingredients that make them unique but what they do have in common is that they are all sour soups and are widely loved by the Thai and by non-Thais. Aside from just enjoying the dishes, they all have medicinal benefits which is an advantage when you eat these soup dishes.

I hope you learned a thing or two about the Thai soups and have gained a better understanding of what made each soup dish popular and what their unique tastes are with the ingredients used. These dishes are also easy to make and are good options to cook at home.

If you love these Thai soups but don’t have the time to prepare them, then consider using Roi Thai’s instant curry soups. Its authentic soups will transport you back to Thailand while cutting your preparation time. 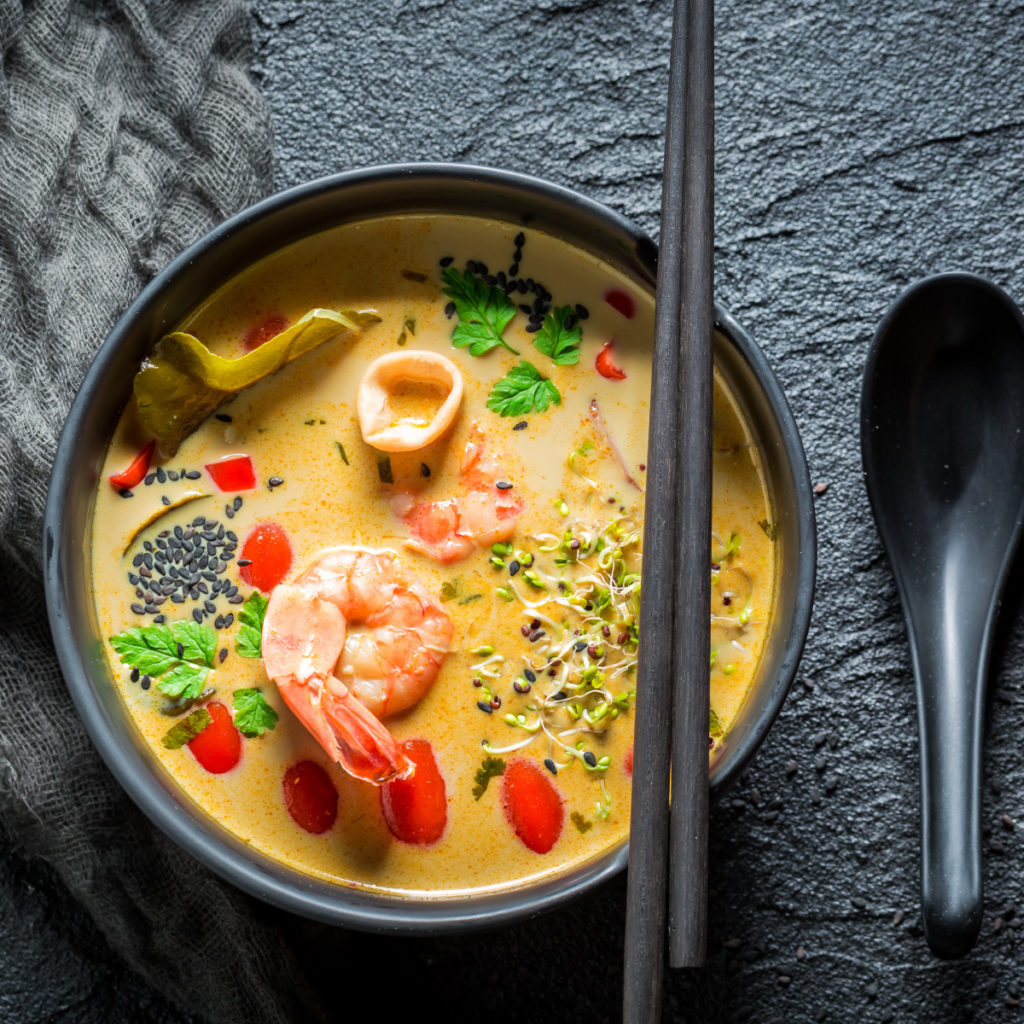