You are likely to find every type of pasta in Malaysia. You can buy dry pasta and fresh pasta. You will find white pasta, wheat pasta and tricolour pasta. Malaysians love pasta noodles but not all the variants. While there are many different shapes of pasta available in the market, the most popular types of pasta in Malaysia are spaghetti, penne, linguine, farfalle and lasagne.

But before we go into more detail on those popular variants of pasta, the first question we would like to address is, “Why are there so many different types of pasta in the first place?”

Why Different Types of Pasta

Italy is synonymous with pasta. On the surface, it seems like simple food. Most of the type, pasta is made from just flour, eggs, salt and water. But it’s amazing that such simple ingredients are the basis for thousands of different types of dishes across the world.

Some estimate that there can be as many as 350 different shapes of pasta. Many regions have their own variations of popular shapes.

For example, macaroni (of macaroni and cheese fame) is well-suited for soupy dishes as it is able to hold the sauce better in its ‘elbow’. The thin and long angel hair pasta is best paired with light sauces for a more refined dish while the tube-shaped ziti pasta can hold its own in thick, hearty sauces.

Differences between Fresh vs Dry Pasta

Fresh and dry pasta are made with different ingredients. One is not essentially ‘better’ than the other; they are just made differently.

Dry pasta is made with semolina flour, water and salt. Its rougher texture helps heavy sauces cling better to the pasta. It’s air-dried and can be kept at room temperature almost indefinitely. If you like your pasta al dente, then you should probably go for dried pasta.

Fresh pasta is usually what comes to mind when you’re thinking of homemade pasta. It’s much smoother than dried pasta and is perfect for dishes that use a more delicate sauce. Milk or butter-based sauces such as carbonara also go well with fresh pasta.

Differences between Noodles and Pasta

It was initially postulated that the famous Venetian adventurer, Marco Polo, introduced pasta from China way back when. However, that’s no longer widely believed and pasta is thought to have been developed independently in Italy. So, what are the differences between our favourite Barilla spaghetti and pan mee or char kway teow?

As with the debate between fresh and dry pasta, the differences here are in the ingredients. Pasta is generally made with milled wheat and water while noodles are typically made from flour paste. These lead to completely different foods. Also, it’s not uncommon to eat noodles with soups, but not pasta. 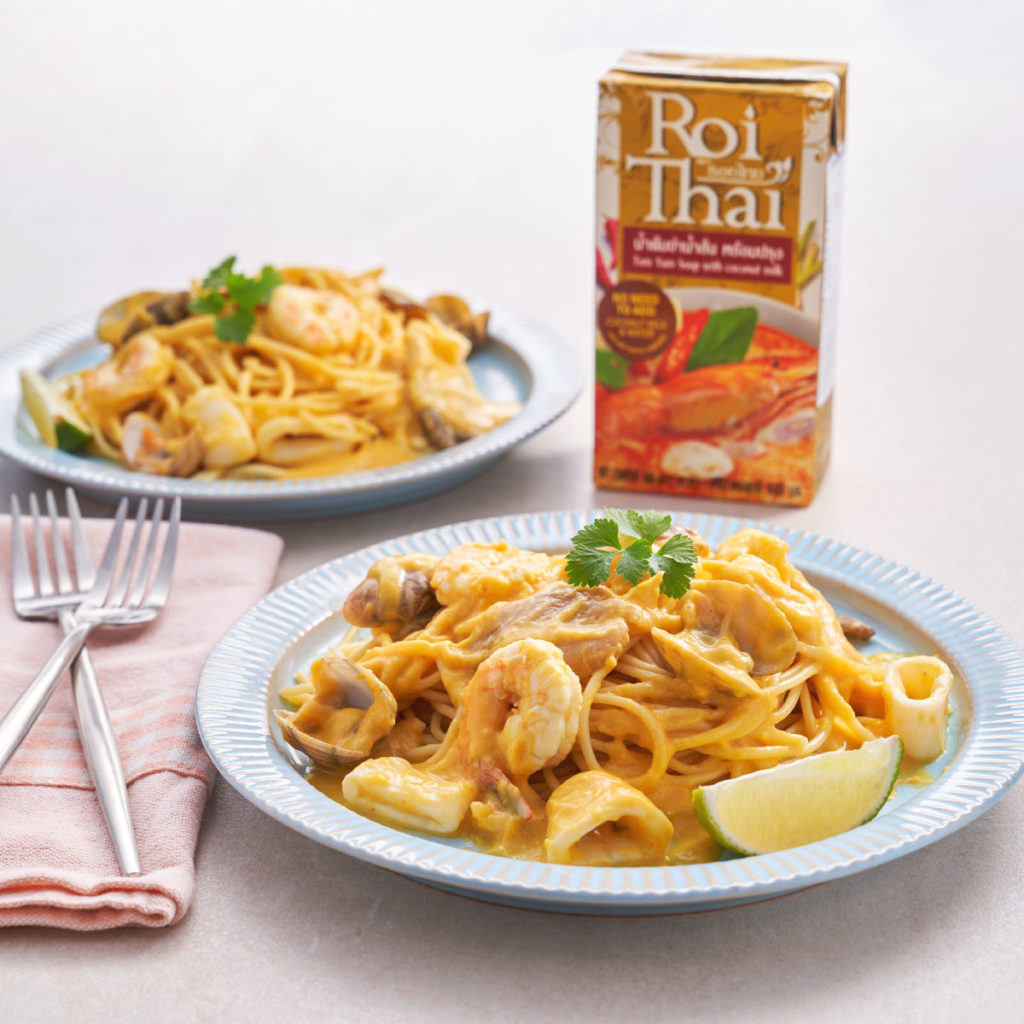 Spaghetti is arguably the most popular type of pasta, not just in Malaysia but across the world. Spaghetti comes as round strands that can be as long as ten inches but usually quite thin. You can buy wheat spaghetti or its white variant. Spaghetti can be cooked quickly, usually in under ten minutes.

The most popular ways of cooking spaghetti are with tomatoes or in pesto with seafood and meat but it’s also not uncommon to find Italians having a simple lunch of spaghetti with only extra virgin olive oil. Spaghetti bolognese and seafood aglio olio are some of the most popular spaghetti dishes in Malaysia. Spaghetti goes well with both white and red sauces.

If you’d like to be more adventurous, we have an interesting fusion recipe that you can try – Creamy Pumpkin Tom Yum Spaghetti. 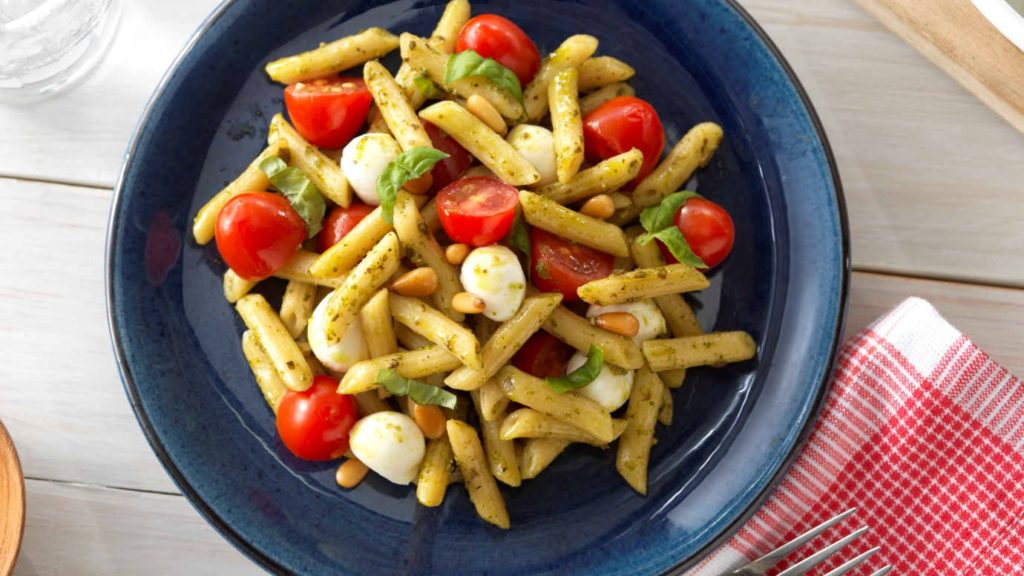 Penne is a tube-shaped pasta that is popular not only in Malaysia but all over the world as well. Its name means ‘pen’ in Italian and its shape was inspired by a quill. Penne’s ridges and large diameter makes it ideal for holding thick sauces. Penne carbonara is a popular dish in many restaurants in Malaysia. 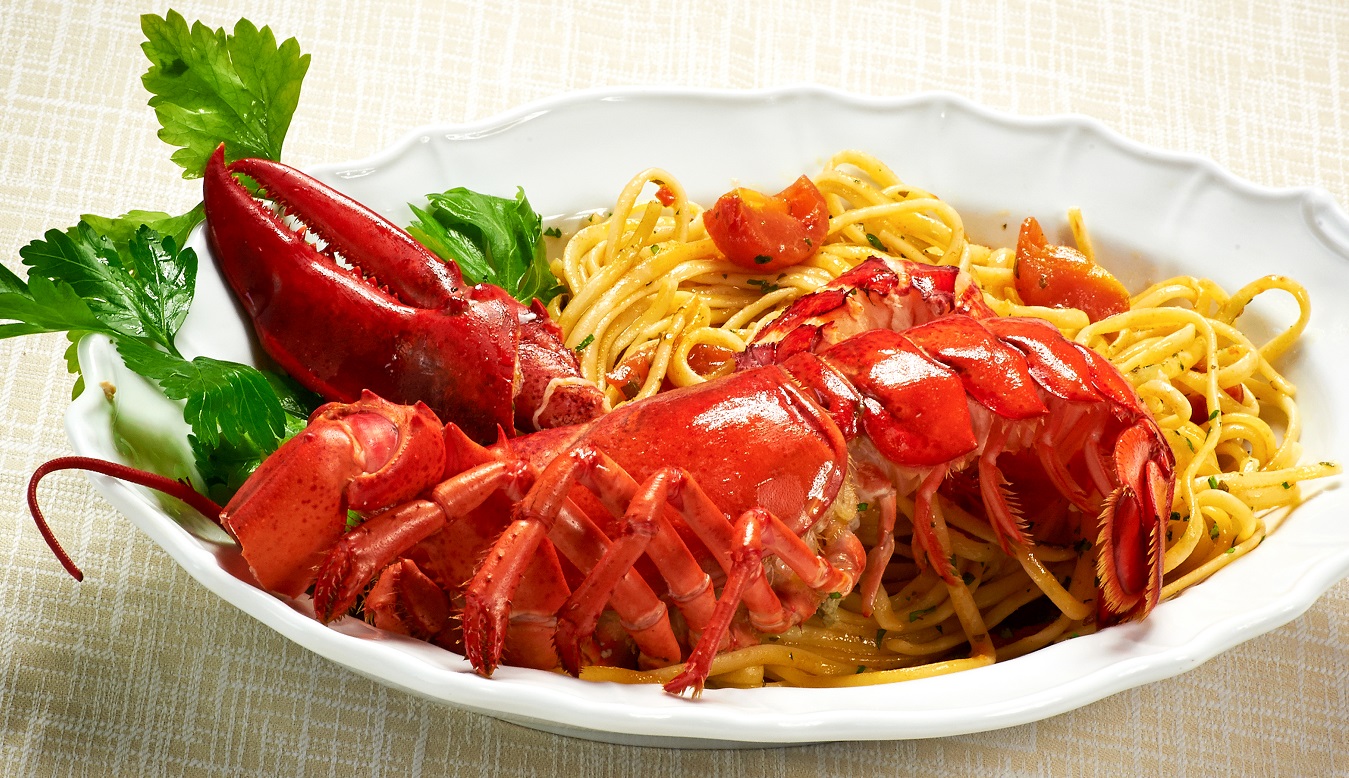 Linguine has been popular as far back as the 17th century. They look very much like flattened spaghetti. In fact, these ‘little tongues’ make for a great spaghetti substitute in most recipes.

It goes well with delicate sauces. A very popular dish that you’re likely to find in any Italian restaurant in Kuala Lumpur or Bangsar would be linguine with clams ( ‘al vongole’). It does not go very well with meat or heavy sauces though. 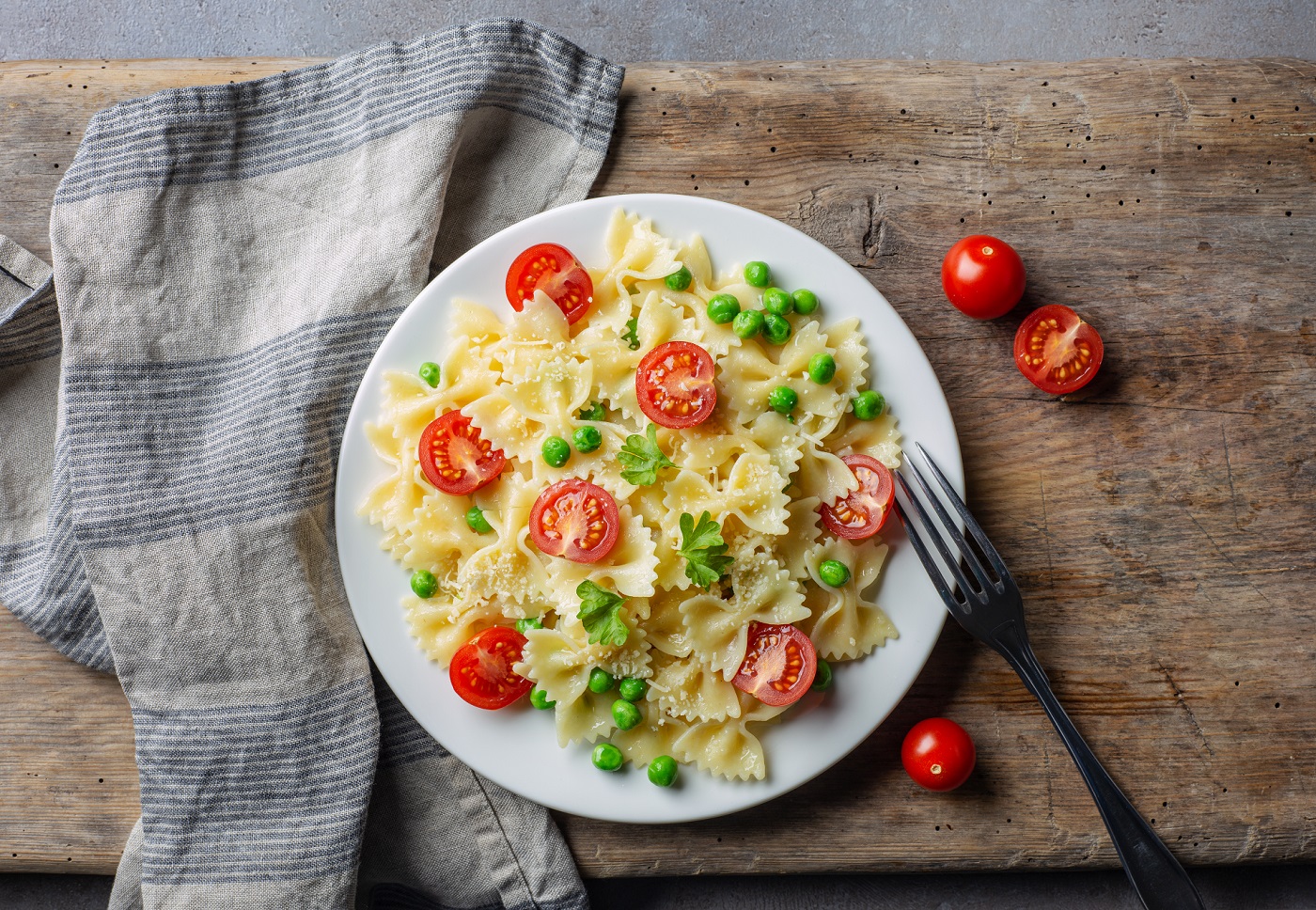 Farfalle is perhaps the quirkiest pasta of all. It comes in the shape and form of tiny butterflies (which is what farfalle means in Italian). You could also refer to the form as bowties. This type of pasta goes well with rich tomato or cheese-based sauces. You should cook it with mushroom sauces or seafood, cream and cheese. 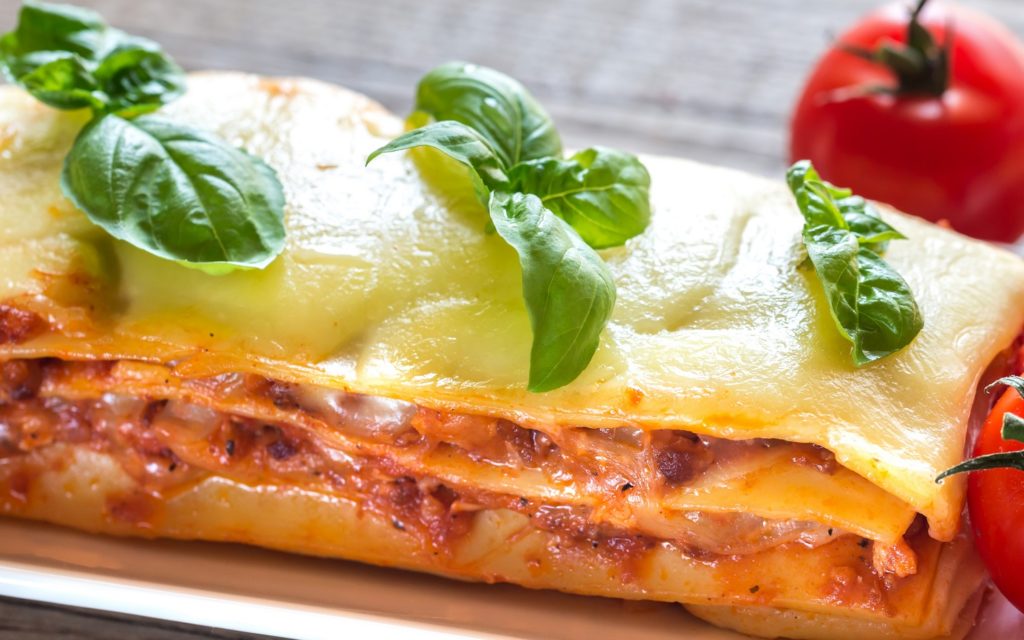 Lasagne is multilayered pasta. It is usually made at home by layering stacks of pasta mixed with vegetables and seafood or meat. Lasagne is baked with cheese on top of the sheets of pasta, vegetables, meats and other ingredients.

Other Types of Pasta in Malaysia

Here are some honourable mentions. Although they might not be as popular as those in the previous list, you’ll find that they still have some fans on our shores.

Fettuccine, also spelt as fettucine, is chewy pasta. These are usually long and flat noodles. They are typically a quarter of an inch wide. Many types of fettuccine are actually egg noodles. These are easy to cook, normally taking around ten to twelve minutes. They can be tossed with a preferred sauce and served hot. Fettuccine is often cooked with alfredo, cheese, cream, seafood and meat.

Ravioli is more like a dumpling than pasta but it is classified as the latter. You can fill ravioli with cheese, vegetables and meats. Ravioli is a time-consuming recipe but it is delicious and filling. You can also choose spinach, ricotta, cheese, pumpkin and lobster for the filling.

Rigatoni is a kind of flavour tube pasta. You get short tubes around one and a half-inch long and three-quarters of an inch in diameter. This type of pasta is so named due to its ridges. Rigatoni takes a minute or two longer than fettuccine to cook. It can be baked or tossed with sauce. Rigatoni is usually cooked with vegetables or chunky meat with dollops of cheese or cream.

Did your favourite pasta shape make our list of the most popular pasta types in Malaysia? Let us know in the comments below. 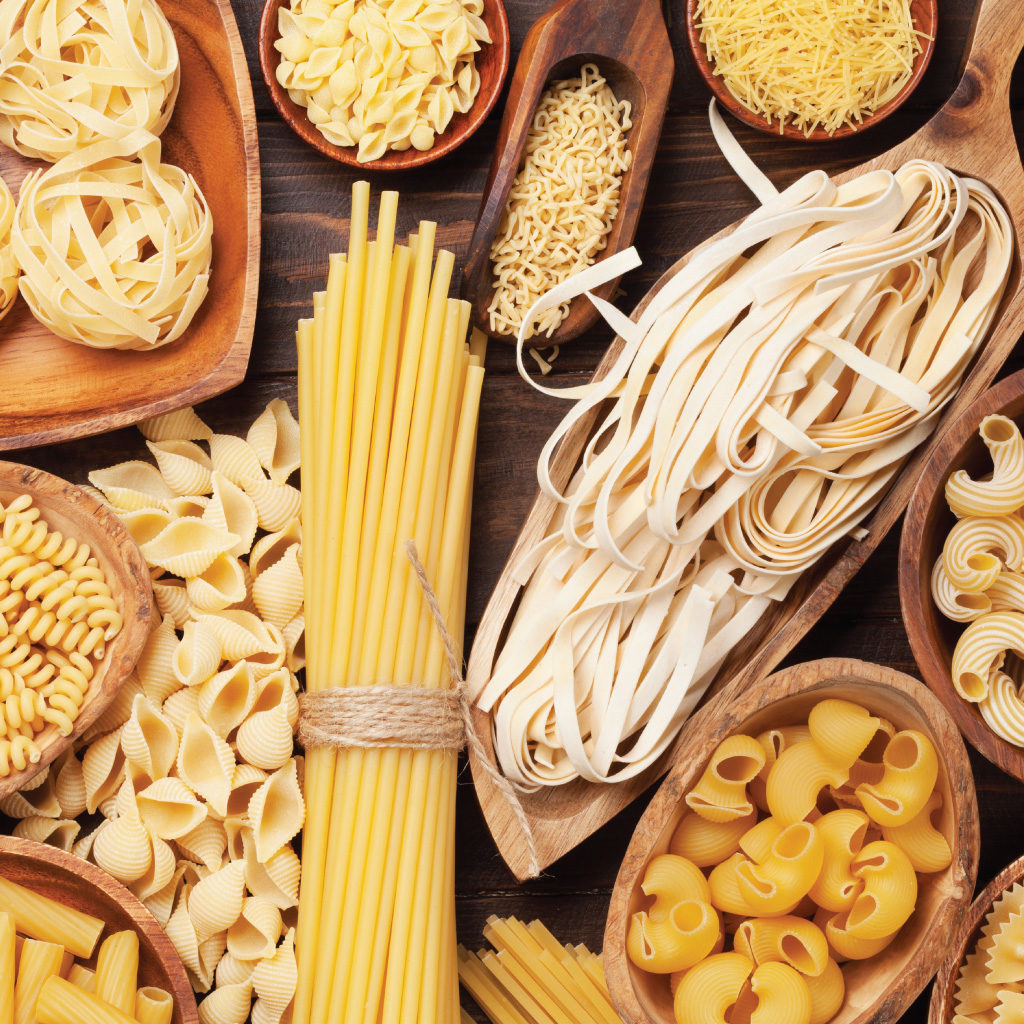